If Ford can do it, why can’t GM and Chrysler? 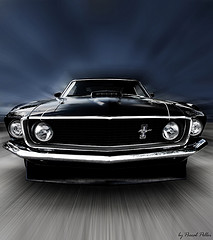 Ford keeps proving itself as a self-sustaining company. While GM and Chrysler both get all the flack, Ford keeps coming out on top:

Ford, the only of the Big Three automakers to so far refuse government bailout money, said this morning that it has slashed the debt in its automotive division, enabling it to save $500 million per year in interest expense.

I’ve said it before, and I will say it again: I am still considering a Ford for my next car purchase on grounds of reputation alone at this point. That is, of course, if and when I decide to buy an American car.

Ford’s reputation has reached levels above and beyond the expected. CEO Alan Mulally’s vision and strategy is—and has been since the beginning of the industry’s difficulties—clearly differentiated from GM and Chrysler. A huge public relations win.

As recently as first quarter 2008, Ford was profitable.

So, we might end up with a single American auto-maker in the end, but at least they deserve it.

Ford Slashes Debt, Stays Ahead of GM and Chrysler [The Ticker – Economy Watch – The Washington Post]